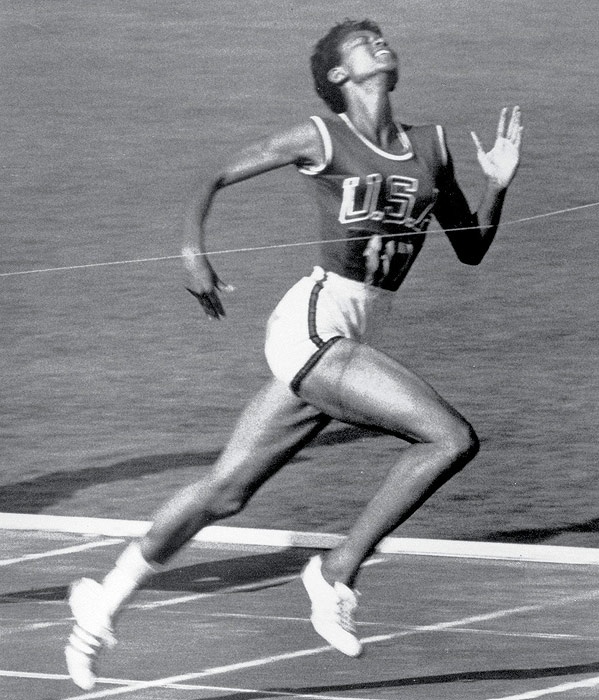 If you are a regular reader of our Weekly Focus (twice weekly until mid-July), you will now understand that the focus is very much a story around my personal journey riding an organised charity bike ride of 200 miles on the 7th/8th July.

Whatever we either do or intend to do in life, we can take learnings and inspiration from other people in life. One such person that I sometimes talk about when delivering workshops or speaking with audiences, is a lady called Wilma Rudolph.

Wilma was born prematurely in 1940 and into a very impoverished family. She was the twentieth of twenty two-siblings, from her father’s two marriages.
Wilma suffered from several early childhood illnesses, including pneumonia, scarlet fever, and contracted polio at the age of four. She recovered from polio, but lost strength in her left leg and foot. Physically disabled for much of her early life, Wilma also wore a leg brace.

You could say that she was not dealt a good hand in life. Wilma did not see it that way!

From an early age and against the advice of others, Wilma learned how to walk…albeit it with a pronounced limp…By the age of eight, Wilma decided to take off her leg brace…Again…The advice of others was “Wilma, don’t be silly, you can’t do that”. Wilma chose to ignore the words of others and she persevered, again initially with a limp, but over time the limp gradually disappeared.

At High School, Wilma was first introduced to sport and she then decided to enter a running event. It may come as no surprise that the initial advice to her was “Wilma, you have done as much as you can, accept where you are!”. Undaunted, Wilma carried on…She entered her first race and came last…The first and last time. Determined to beat adversity, she carried on…And some!

Not just excelling at Athletics, let’s fast forward to 1960 and The Olympic Games in Rome. Wilma Rudolph, the twentieth of twenty-two siblings, initially hit badly by illness and disability and who always chose to ignore the words of others shone like a beacon above all others. A beacon that shone bright and showed the world that you can defy the odds, that you can challenge the beliefs of others…That you can make dreams come true if you believe enough. Why?…

Because at the Rome Olympics Wilma won three Gold medals and one in what was then a world record time! Now, what is it that’s stopping you from achieving?

“‘I can’t’ are two words that have never been in my vocabulary. I believe in me more than anything in this world”. Wilma Rudolph